We are all going to die, we all know that well. 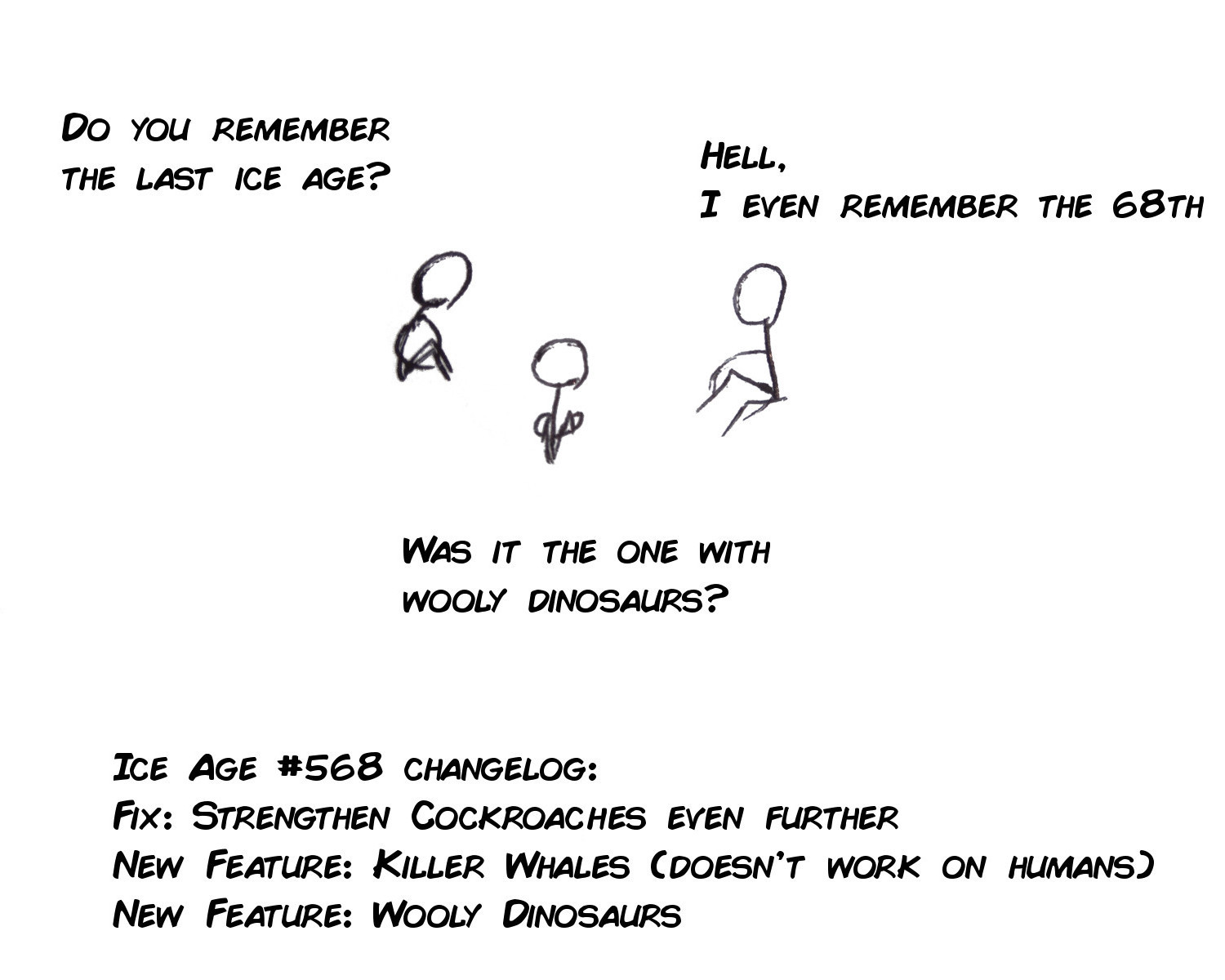 There is no campfire because they don’t need it

Who gives a shit about tools to harvest more food, or something you can write with, you can know about our meaningless past as much as you want, there are always people to tell you about that.

We have an infinite amount of time to explore the globe, but we don’t, because there is no fun in doing that, how is that, you might ask. Someone from your world told me I should explain it this way:

Simple mathematics we know says, in an infinite timespan, no other timespan is significant, basically, any number divided by infinity yields zero. Your neighbour could tell you about how he spent a thousand years exploring Earth, eating bugs and trying different methods to kill himself, and you could tell him he literally spent 0% of his life doing all that, same as you, who just stood there.

Now I don’t understand much of that, but I had enough time, and nothing else to do, to repeat this to myself since he told me that until now.

Here, in this world, we can’t suicide, if that was an option, we know well that we would go extinct soon after finding out the fact that we are immortals, we really don’t like this numb life.

Alright I’m back. You see, we need death, we really do, without death our lives would be meaningless, we would have no purpose. Okay we would probably still contribute to increase of entropy of the universe, but that’s not what we want to be here for, we want a higher purpose in life, and it’s death that gifts us this higher purpose.

When I was a kid, I was told that in order to stay alive after death, you have to submit your name on this planet, and in this universe if possible. I know, that might sound ridiculous, but aren’t we all fighting for the same thing, but in our own ways? Maybe you just want to be remembered between a specific group of people (and that’s perfectly fine) or you might actually want to become a global role model, like Gandhi, Albert Einstein and people alike, it doesn’t matter, what matters is, we all want to be remembered for what we’ve done in our way to the end.

Immortals go extinct, but mortals find a mission to accomplish before the deadline. Be grateful for this gift of death.